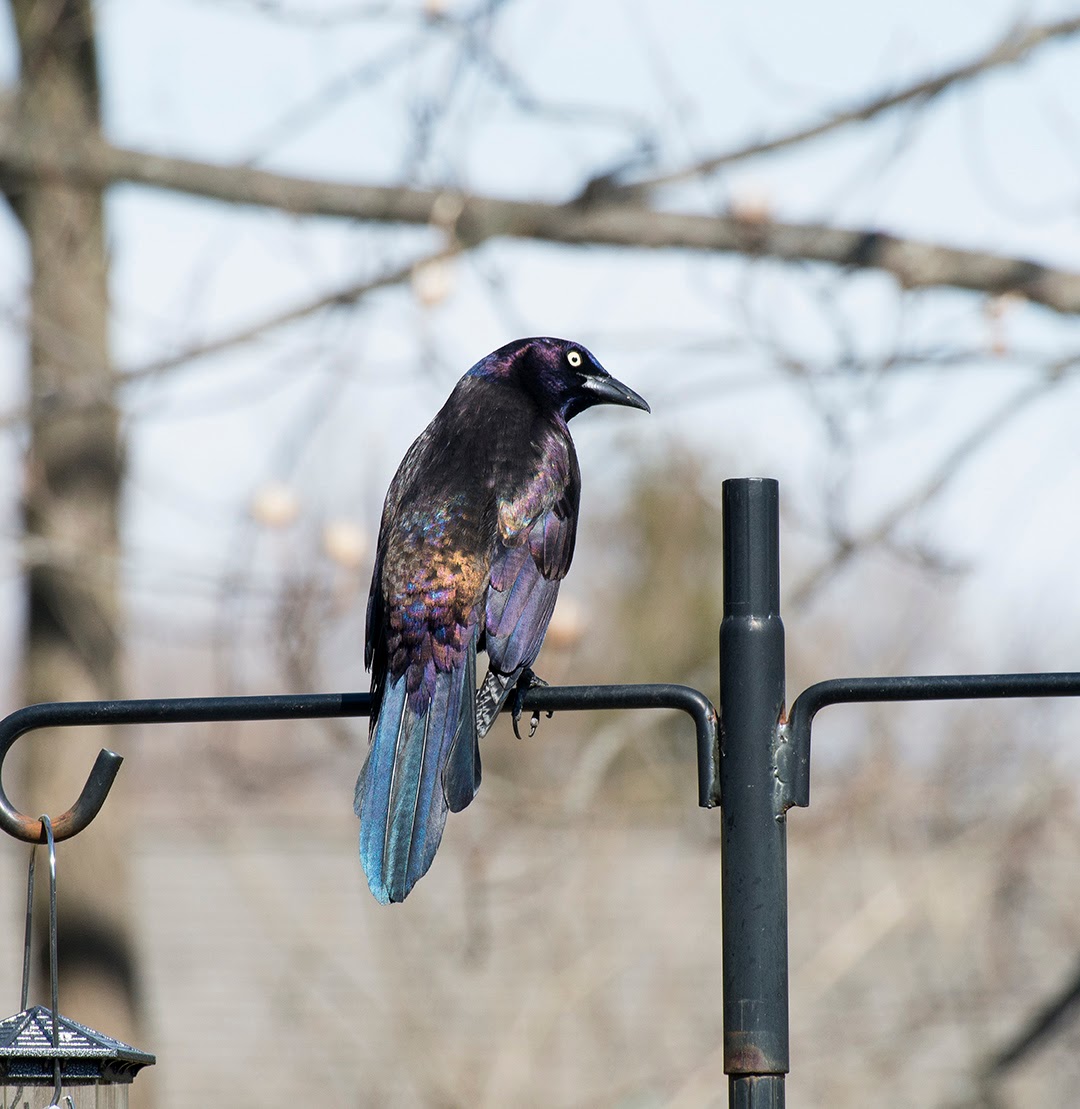 If the grackles are getting piggy, try these techniques:
http://www.birdwatchingdaily.com/getting-started/coping-with-grackles/
Posted by ferida at 5:24 PM