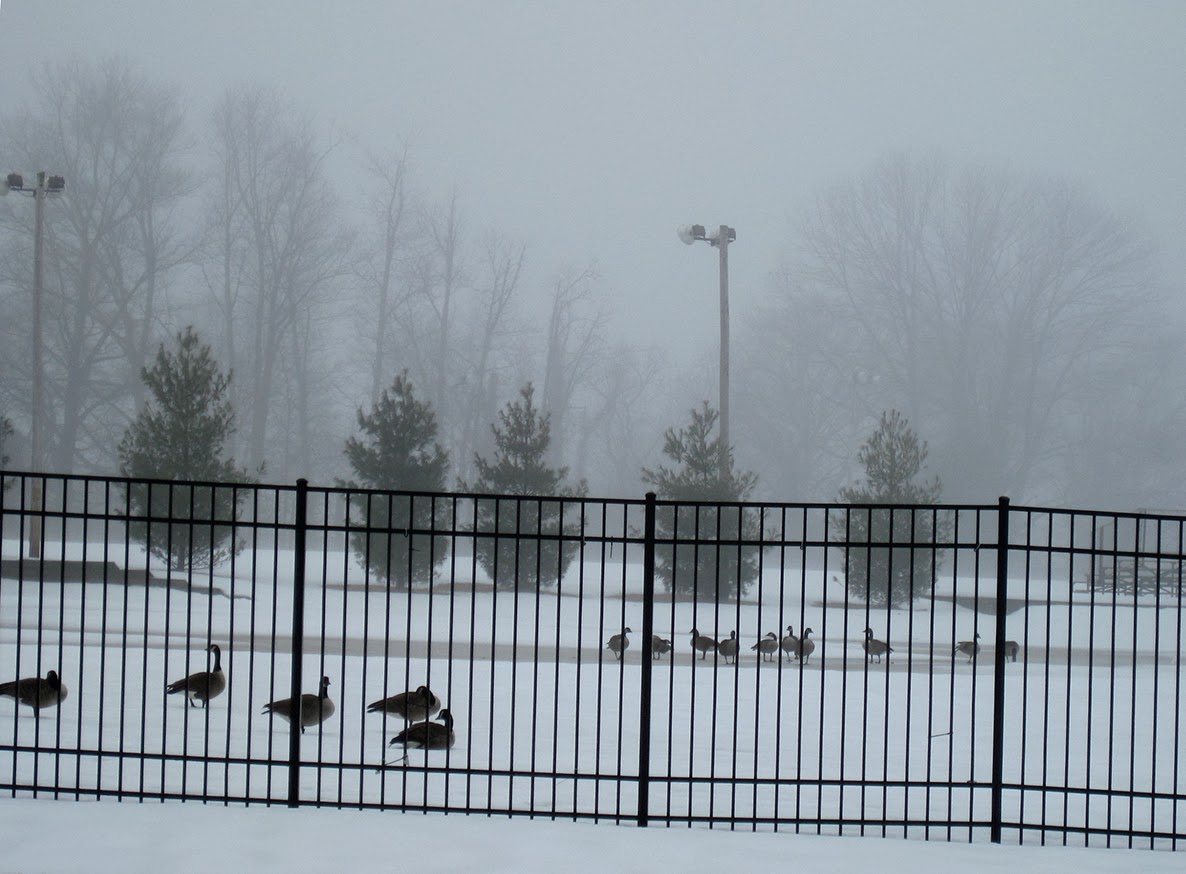 Some ground was finally beginning to show through the snow on Friday after being blanketed in white for days. But then irony took over. The ground was visible but the sky was not. Heavy fog was everywhere.

We could hear birds chirping but they didn’t seem to be flying anywhere. Birds can fly in fog but prefer not to as they can become disoriented. These geese landed within the confines of a local school, the flock choosing to hunker down and take a rest until the fog lifted.

Birds are not the only ones who can get disoriented; people, too, find fog confusing. Going across the Ben Franklin Bridge to Philadelphia was an experience in caution. Where was the car ahead of us? Where were the lanes? It was hard to think we still on the bridge because we couldn’t see the cables.

It was beautiful, in its own, soft way. All things blended. There were no hard lines to anything. The road, the buildings along the way, the people on the streets, all were fairy-like. I wouldn’t have been surprised to see someone sprout wings and take off into the clouds. Sometimes it’s nice to have that sense of fantasy to gentle a day, especially after a snow-shoveling marathon.
What causes fog?
http://www.weatherquestions.com/What_causes_fog.htm

Be safe when driving in fog:
http://www.weather.com/activities/driving/drivingsafety/drivingsafetytips/fog.html
Posted by ferida at 7:31 AM