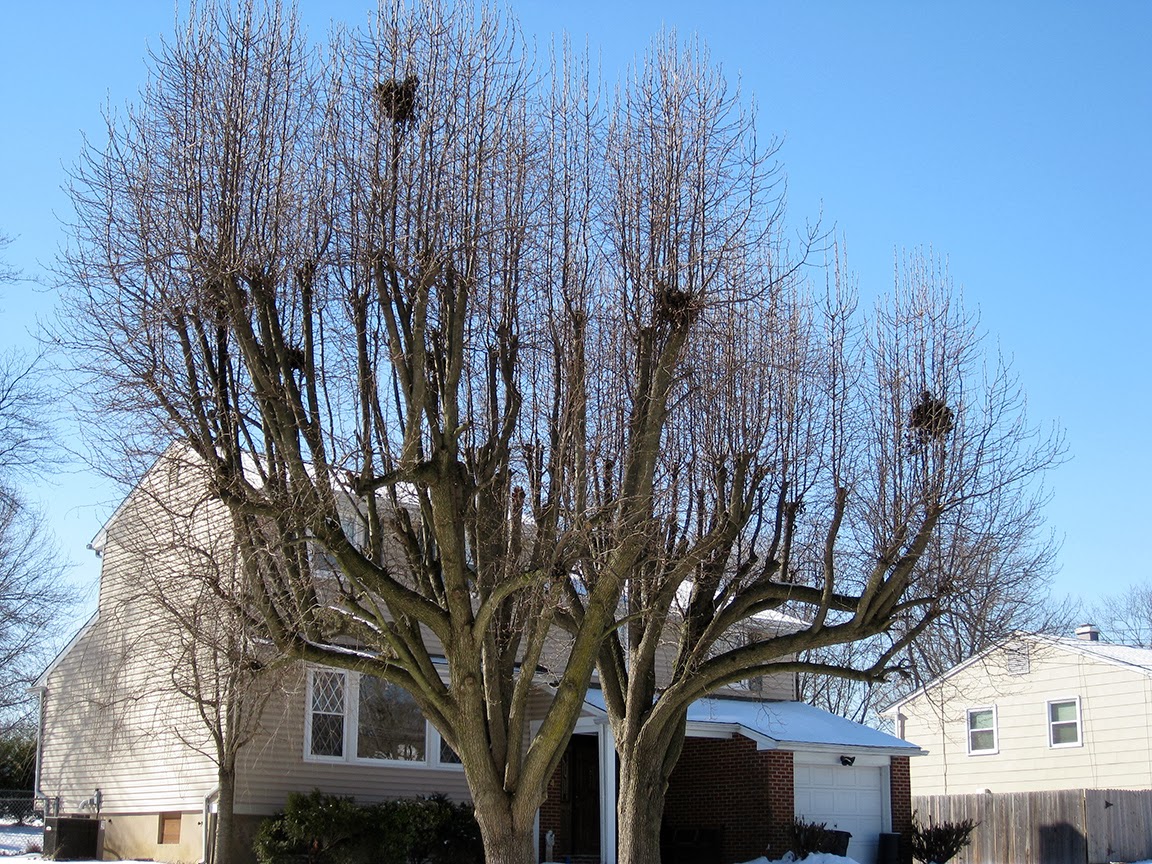 I was driving down a neighboring street the other day and saw a couple of trees that made me stop the car and pull over to contemplate them. There were no leaves on their branches (rightfully so in this season) and it was too early for them to flower but there was a sense of life about them from nests that spoke of birds and eggs and life cycles that usually are hidden from ordinary sight. Such private things, now revealed. It felt like I was peeking at something sacred.

I didn’t know which birds had built them, if it was one species or a mixture; we have many different birds calling our area home. We have squirrels that make nests in our backyard maple and white pine trees, though these nests didn’t seem large enough for them. Will the birds come back to the same nests in Spring or will these start to fall apart, offering their twigs for new nests and new life?

So much of life is hidden; flowers within buds, plants concealed in seeds, babies inside bodies. Eventually the impetus of nature reveals them and the world gets to see the beauty that was harbored there. An idea is hidden until someone speaks it or acts upon it and allows others to see it. This duality has an energy that speaks of movement, of progression, of growth. In it, like with the change of seasons, is a sense of anticipation that animates life.

When we come upon something that we hadn’t seen before or understood or perhaps even considered, it opens us to a broader dimension of existence. It helps us to stop in our everyday tracks and pay attention. And it may even bring a feeling of gratitude for having been there at the right moment to discover something more of ourselves.

Which birds reuse their nests? Join the conversation:
http://www.thriftyfun.com/tf97112338.tip.html
Posted by ferida at 10:12 AM