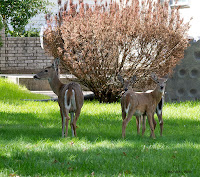 Have any thoughts on the issue?
Posted by ferida at 11:26 AM